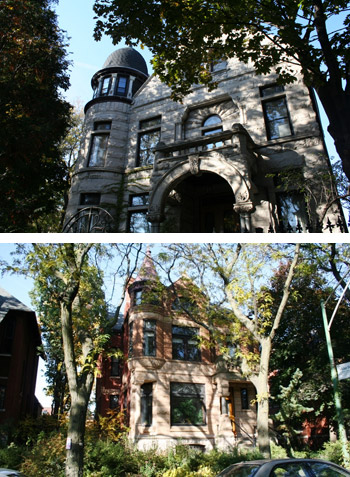 Romanesque Revival buildings are structures of massive carved and rough hewn stone. Their style is influenced by buildings in 11th and 12th century Western Europe. In addition to being used in a number of larger prominent civic buildings, clubs and businesses in the downtown districts during the 1880s such as Dearborn Station or the building that currently houses the dance club Excalibur. There are also a number of single and multi-family examples in the Gold Coast and Old Town as well as several single family homes on the near West and South side. Romanesque influences are also seen in Greystone or other natural stone buildings, and indeed, often Greystones would draw influence from both Gothic and Romanesque standards and forms.