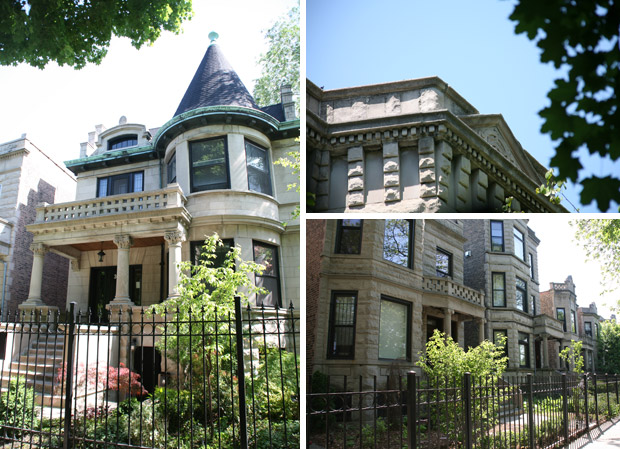 Just as the Brownstone is a style that embodies and typifies New York City architecture, for approximately 30 years beginning in the 1890s, Chicago architecture was commonly embodied by the “graystone” or “graystone” building type. This building style was often a brick structure on all sides with a sculpted or “rusticated” limestone façade. Sometimes, the entire front was built from cut pieces of limestone with no brick in the front. On rare occasions, frame construction was employed with only a limestone façade.

Graystones were used in both single family and multi-family housing types, with 2 to 4 units in most cases. The typical Graystone was designed to maximize the use of land in a typical city lot, and therefore were often 20 feet wide by 80 to 110 feet in length. Typically, each floor of a graystone was between 1200 and 1800 square feet. Single-family “shoebox” graystones were modest homes built for single families. Graystones mansions were often elaborate affairs with every modern amenity. Multi-units are quire common in graystones as well, particularly brick two-flats with limestone façades.

Graystone builders and architects at first borrowed heavily from Romanesque style architecture utilizing large limestone pediments and Gothic features, pediments, curved windows, archways over doors and windows, elaborate parapet or façade roof systems and cornices. Most often these homes were built from brick, or occasionally sandstone, with a severe limestone façade. This style was dominant until approximately 1903 to 1905, when a more Neo-Classical style began to infiltrate the typical graystone. Smoother facades and columns created a simple, classic style. Bay windows were often used in the front of the building, creating a three-sided bay that traveled from top to bottom of the front of the buildings.

Seeing the success the Historic Chicago Bungalow Initiative has had in revitalizing the interest and preservation of the most dominant Chicago housing type has had, the city has recently launched the Historic Chicago Graystone Initiative hopes to accomplish similar feats for Graystones. Focusing on the graystone-rich North Lawndale on the city’s West side, the initiative has goals of providing much-needed financial aid and incentive for those looking to purchase or improve one of Chicago’s classic graystones.